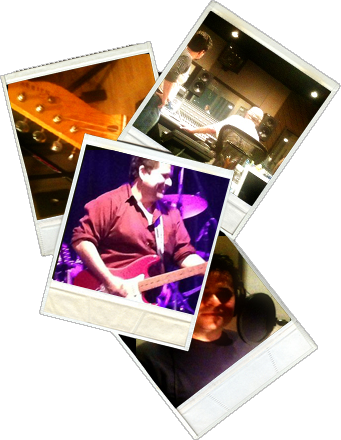 When you listen to the music of Al Brake you can’t help but hear the influences that shaped his sound: everyone from Kenny Chesney, Doc Walker, Tim McGraw, George Canyon, Uncle Kracker and many others had a hand in shaping someone who, in the end, has emerged with a voice all his own.

Born the 11th of 11 children(8 Boys 3 Girls), Al started playing guitar at about 8 yrs old from watching all of his brothers and sisters play and sing with his parents. Al’s father, a WWII veteran, was a great fiddle player and had a great influence on him for the music. His mother was a great singer around the house.

“I do not remember a time when there wasn’t music around the old homestead. As a family we would performed in public for local festivals and Garden parties. I had my own band by age 18 and I Started writing in 2008 and had some of my songs produced in 2010 in Nashville”.

In 2012, Al was nominated by The Indie Music Channel for two awards: Best Male Country Artist and Best Recording (for Hot Pink Lady). On April 29, 2013 Al again attended The Indie Music Channel Awards in Hollywood where he won two industry awards: Best Country Recording for China White and Best Country Producer for It’s Saturday Night. He also received a certificate for being nominated for Best Album. Check out their interview with him HERE.

At age 40, Al is blessed with a great wife and 4 great kids who love to watch him play.

“It is great to see the passion be passed on in my children”!